Over the last 5 years, Appium has become the de-facto standard for automating mobile applications. More recently, Appium has added support for a host of other platforms from Windows and Mac apps to apps for the TV. In a world where most products support several platforms and devices, it becomes imperative that you should not need to learn a new framework every time you need to automate a new device. Much as the composer writes one set of musical notation for all instruments, an Appium developer can script all of the devices in his orchestra with a single protocol.

This talk will cover in depth the newest members of the family, Mac and Windows, and discuss the future of Appium as the language and protocol of automation. 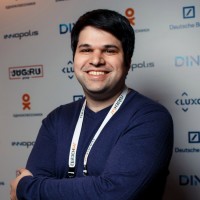 Dan Cuellar is the creator of the open source mobile automation framework Appium, and Head of Test Engineering at FOODit in London. Previously, he headed the test organisation at Shazam in London and Zoosk in San Francisco, and worked as a software engineer on Microsoft Outlook for Mac, and other products in the Microsoft Office suite. He is an advocate of open source technologies and technical software testing. He earned a Bachelor’s degree in Computer Science, with a minor in Music Technology, from the world-renowned School of Computer Science at Carnegie Mellon University in Pittsburgh.

All speakers and talks